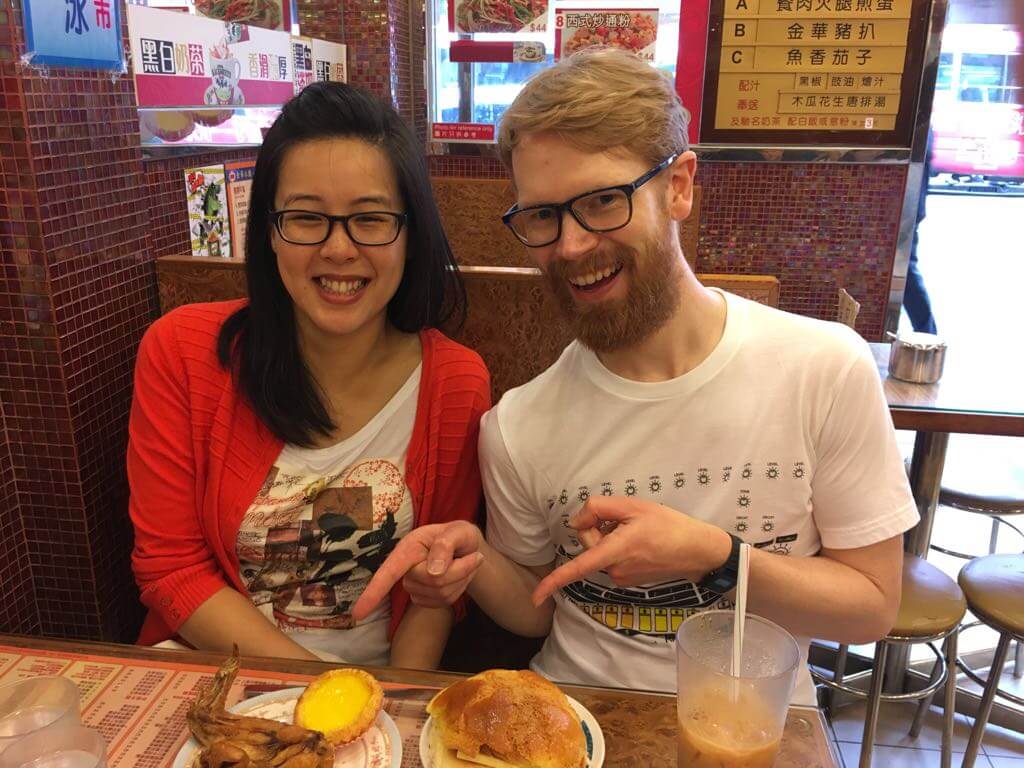 A friend of my girlfriend said 'people come to Hong Kong to eat'. And sometimes it seems like that's pretty much all you can do there. That's not entirely true, but who cares if that was the case? You can do a lot worse than spending a few weeks stuffing your face with congee, dim sum, sea cucumber and pineapple buns. And remember that in the UK - especially the further South you go - a sandwich costs £10 and you must take out a loan to buy dinner. But not in Hong Kong. On a recent visit with my girlfriend to see her family I experienced a culmination of tasty food, variety and value for money. Here's to gastronomic Hong Kong.

Yes, this one deserves its own title. I was surprised to find that if desired, you can get yourself a hot and hearty broth-like meal in the morning. It seems to be a common thing to do and it's called congee. The only way I can find to describe congee is like a savoury, semi-translucent rice porridge. It comes in a wide array of flavours (peanut or spicy pork shoulder), and the portions were anxiety inducing. The first time I ate it with my girlfriend we dipped salted or sweet Chinese donuts into this broth. The second time round we scooped the congee up with rice rolled donuts, while eating a large Zongzi (sticky rice dumpling) the shape of a pyramid. Unfortunately, neither my girlfriend nor I photographed our congee. I'm damn well not using a stock photo for this, it's just not authentic enough. Allow me to appease you with tons of food pictures - except congee - below.

Snacking on the move

We did a lot of this. In fact, the generous nature of my girlfriend's family meant we were eating almost as much as we were breathing.

One of our first on-the-move snacks was a signature pan fried bun. It's almost impossible to eat them without looking cack-handed. Hot vinegar pours out as you bite in, but hey, they're cute and delectable. 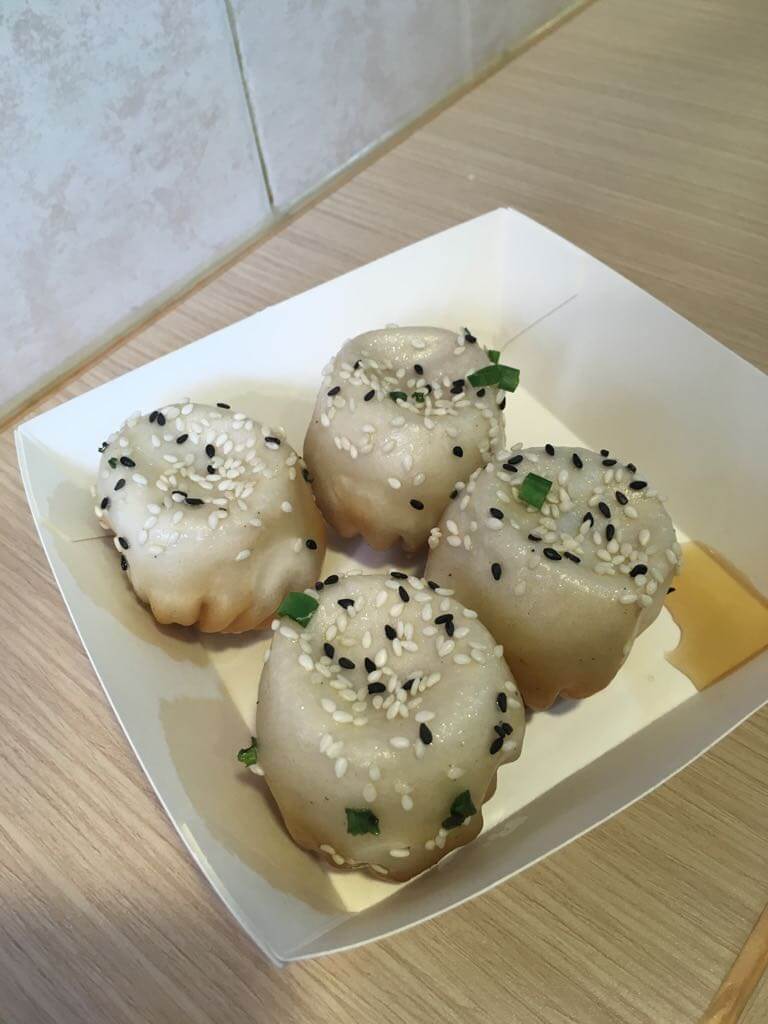 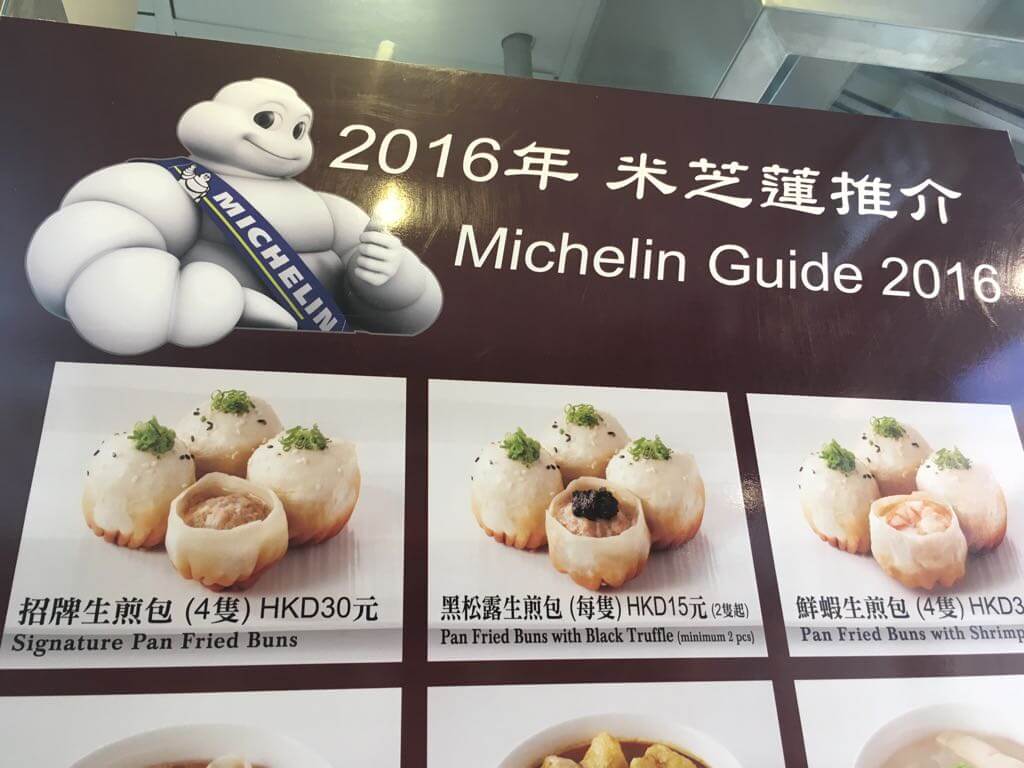 There are two sauces mingling here. The reddish brown one allows the sesame seeds to stick to these rice noodle rolls. The off-white paste is lard sauce. Together they combine to make a warming, deeply unhealthy snack on the way to dinner. I recommend them highly.

That's not how my face looked after I'd tried to finish two curry fish balls. I thought they'd go down effortlessly. They did not. They burned my lips and left me feeling like an amateur in Nandos. My girlfriend on the other hand chose wisely, opting for peanut flavour. We picked these up from a street vendor on a visit to Cheung Chau Island. Cheung Chau is also where I tried durian. I only sampled this pungent fruit, but was congratulated for doing so.

We did see other food on this Island as you'll see just below, but we didn't try it.

This formed part of our main meal on the first night of our trip. This combination was new on me as I usually eat crab with little-to-no seasoning. I do this because the crab meat I've eaten has had a subtle flavour, so I don't usually like to obscure it. But the freshness and texture of the crab helped these flavours pair well.

As I'd already experienced Korean barbecue on a visit to Jeju Island, I had no issue with the idea of cooking my own food. In other words I wasn't surprised by the idea of chucking bits and pieces of meat, fish and other delights into seasoned broth. Look, there I am below getting very used to it again. In this example we had the choice of bubbling our food away in a spicy broth or soup, or a creamier, less spicy one. In case you're wondering, we gradually immersed all of the food you can see here in the pots. Chuck it all in there, drink, sing and fill your belly.

Duck (or not being able to move)

One evening I had trouble standing up to leave a restaurant. The place specialised in duck, but the supplementary food came thick and fast. The build up from a week and a half of constant feeding left me feeling a little sick. I can laugh about this now, but having tried to eat all I could, my girlfriend's uncle said, "Don't bring him back here, he can't eat very much". Well, I had to accept his judgement. We were fed like royalty but I'd left my heavy dining crown in the previous restaurant. Anyway, here are some quick snaps of the duck, plus broccoli and sea cucumber we had that evening.

This is dried, seemingly sweetened meat. The two main flavours are pork and chicken, the pork being far more appetizing. Although this looks like a thicker version of a pepperoni slice, it tastes five times as good, is highly addictive, and turns a regular evening into a pleasurable binging session. It goes well with beer, Calbee Hot and Spicy crisps, and a few episodes of Cowboy Bebop.

It's pretty obvious when a durian fruit is near. It smells like a garlic-and-cheese-infused fart. It looks like food - or not - from another planet. The smell spreads for long distances unless there's another competing odor crossing its path. In this picture we look like we've both stabbed this fruit with sharpened, primitive roots, but in truth the little beast just comes with a handle.

This sea snail was the stranger of many dishes we sampled as part of our penultimate meal in Hong Kong.

To get to our table we walked through a fish market on the outskirts of Hong Kong - off the main island of course. There we saw fish and crustaceans large and small in tanks awaiting boiling, baking, frying or possibly all three. Celebrations were going on, with people setting off Chinese fireworks as we neared our restaurant. The setting was a canteen with huge metal tables and families sipping tea, preparing to eat.

With a bit of practice it's quite easy to scoop the body of the abalone from its shell with chopsticks. On reflection I should've used a spoon, but all I could think about was the fact I was about to eat this wondrous alien sea creature. As I tore it from the shell I noticed a small, green velvety sack. Someone explained that the sack contains eggs, known as 'roe' in the eating business. I would usually have thought before eating these eggs, but I bit through the abalone - eggs and all - before I had time to analyse it. The eggs have a bitter taste, but the body of the creature is slightly tough and rubbery. The flavour is hard to describe as it's quite subtle.

There's not much to say about these except they were divine.

Okay, so let's mix things up a bit. If you've never experienced Chinese baking before, you might be surprised to find that they're really good at it. My general view is that whatever country you're in, you'll always find a solution to dealing with the agony of healthy food. And in Hong Kong the pineapple bun is just one part of it.

Although it may look a bit like it, that's not cheese poking out of the bun, but butter. A nice fat slab of it. But don't worry. You'll be sweating your ass off enough to burn all these calories off. Just let it melt in your mouth and pretend you're Homer Simpson for 30 minutes.

It's not all about the exotic dishes. One thing that shouldn't be dismissed is the pleasure to be gained from just eating simple Hong Kong fried chicken. The kind where you actually want to eat the skin. You'll notice here that we got quite a big piece. With a drink this dish came to about five quid.

You can have this dessert hot, but I had it cold. It's sweet, light, and strangely cleansing.

So why Hong Kong?

On reading what I have to say about HK cuisine, you might be surprised to hear that I wouldn't recommend Hong Kong as a holiday destination. It's expensive to get there unless you get a good deal on flights or have someone to stay with. The heat has a claustrophobic quality to it. The night markets can get uncomfortably hectic. And it's illegal to jaywalk, despite the fact that traffic lights seem desperate to keep you from reaching your destination on time. It's also quite clear there is a sense of disillusionment and a feeling of lost identity since the transfer of sovereignty from the UK to China in 1997. But my girlfriend and her family made all the difference and were the main reason I was sad to leave. Oh yeah, and the food.