More of a writer 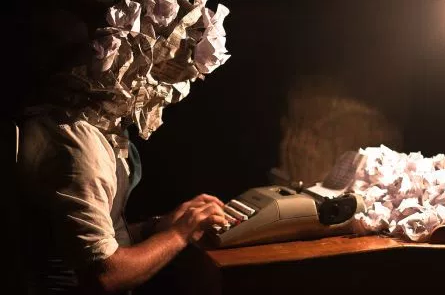 I feel like more of a writer now than before. I've sat in a cross border area not really knowing which side to straddle, and at the same time wanting to embrace both. Now I realise that's not possible. Really, I either sit up late writing until I can't punch out another word, or write in some kind of trance, or get out the guitar and dedicate myself to music like nothing else matters. But I can't be both. I can't foster the route of dual expertise like it is normal, like it's actually real.

I wrote my first poem at the age of 12. It rhymed a lot. In fact I went out of my way to make sure it rhymed. It was a combination between bed knobs and broomsticks and material from a poetry book about fairies my dad used to read to me as a kid. The only words I recall from this poem were The Flying Ride, then something like To end the flying ride repeated again throughout the poem. I was asked to read it out a few times by the teacher. She obviously got off on rhymes, or maybe she was going through a pop music phase (nursery rhymes and pop music aren't so dissimilar you know). She seemed to like it. Others either didn't know what drugs I was taking, or probably didn't care to have an opinion.

Holding on to this moment doesn't really mean much now. But it does stop me not giving up. It's a foolish little moment to hang on to, but it's what I've got. It's also a reminder of what it feels like when I write. It feels like something full of potential could suddenly happen at the drop of a word or a sentence. There's a rhythm that builds, so the act of writing itself feels right. It feels like sanity, calm and retribution coming together all at once. It stabilises me from losing faith when I see so many things around me that are beckoning me to lose concern for those who are rather unconcerned about me. What a strange collection of reasons to write.