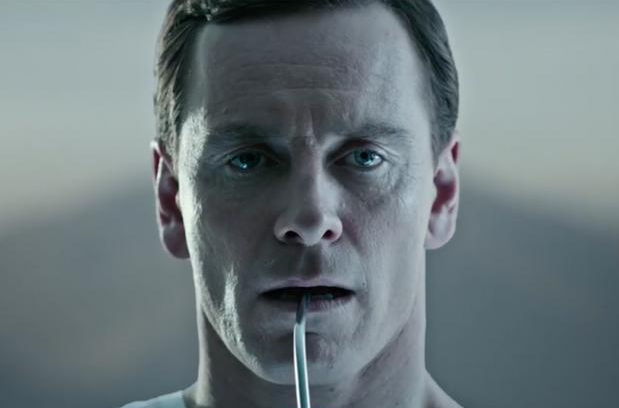 I don't usually write pre-review pieces, but my instincts tell me I'm not going to like Alien: Covenant, so I decided to. If I end up being a fan, then okay, I'm happy to admit to being overly negative about a film I hadn't seen yet. But...

The hype and build up surrounding this film has almost been enough to put me off. In fact, I think all this noise is fragmenting expectations. Audiences everywhere are being programmed to judge films on their component parts rather than as a whole. I hear this when I ask people what they think of a film. They say something like 'so-and-so's performance was great, and that scene scared the crap out of me, but I sort of didn't know what was going on.' Of course this is probably deliberate. It's just a money making scheme designed to scoop up the pennies before the big cash-raking starts. But it does worry me, and surely this leaves a hollow feeling in the minds of the directors who still remain conscientious storytellers.

Even some of the reviews of Alien: Covenant have annoyed me, as they are almost as incoherent and useless as I'm expecting the film to be. There are of course some good reviewers and critics out there. But unfortunately I've come across some real self-hugging prima-donnas who may one day discover the fine art of gracefully taking up a pen in the small hours of the morning rather than committing a showy diatribe to YouTube.

The trailer gives us snippets from the final cut of the film - enough said there. The first snippet in this trailer shows the character of Daniels giving an informal speech to the crew. The speech seems to be a kind of pick me up inspirational talk to soften the blow of a potential suicide mission. But surely we don't need something as forced as a speech to illustrate the gravity of their task. Showing always works better than telling in these situations. I assume there will be some showing to balance things out, but as with Prometheus I already anticipate this film will repeatedly state its own importance so audiences are coerced into suspending their doubts. By the way, just in case you didn't know the basic story yet, the crew are the first humans from our earth to try and colonize an alien planet. Otherwise, the trailer is full of one-liners, most of which appear not to create much suspense.

This trailer suffers from the same exaggerated characteristics of Prometheus. The two subjects, who look like a cross between ninjas and professional fencers are just creating a robot. From a historical science fiction point of view this is just an old idea reworked into a high spec advert. It looks like a particularly pretentious initiation ceremony at an elite gym.

To sum up then, I am actually looking forward to seeing Alien: Covenant. I've just found that Ridley Scott's ability to clearly communicate his ideas is dissolving.